OCC invites you to its MLK Day Convocation

Pro Football Hall of Fame member Kellen Winslow, Sr. will address the audience with his talk “Race Relations in America: Where Are We and Where Are We Going.”

Admission is free and a reception will follow. The event is sponsored by The College Committee for Diversity and Inclusion. OCC employees may register with PDTC to receive 2 SDUs for attendance.

Winslow is a member of the Pro Football Hall of Fame Class of 1995 and member of the NFL All-American and inducted into the College Football Hall of Fame. He is said to be the player who defined the tight end position. In 1975, Kellen was awarded a football  scholarship to the University of Missouri, Columbia. In 1978, he was named Big Eight Player of the Year for his academic and athletic achievements and earned consensus All-American honors.

He has served as the Executive Director of the Fritz Pollard Alliance, an affinity group of minority members of the National Football League front office, coaching and scouting personnel and as the Director of Planning and New Event Development for the Walt Disney World Sports Complex in Orlando, Florida. 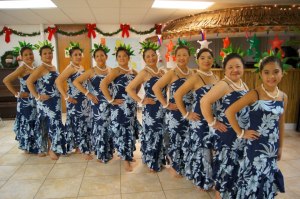 After a five-year stint in collegiate athletic administration, Winslow has returned to his love of public speaking and writing. He is an insightful, motivating and thought-provoking speaker covering a wide range of topics.

The program will feature other entertainment, to include a performance by the HULA GROUP of the Philippine American Community Center of Michigan.

1 Response to OCC invites you to its MLK Day Convocation